In magazines, advertising was once a high-quality proposition that almost guaranteed an upper-level response rate as the printed ads reached their targeted audience. Prior to the mid-1970s, magazine ads were enjoyed by every member of the family. These colorful glossy consumer ads were an informational form of entertainment that encouraged user discussions about every element that was portrayed in these pictures. 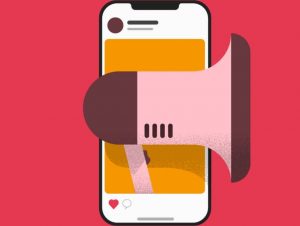 The old magazines, advertising and all, were passed from hand-to-hand until they were dog-eared and ragged. Cents off coupons were clipped with care along with favorite recipes in a manner that preserved the majority of the colorfully printed pages. In time, these colorful picture ads found their way into children’s scrapbooks and adult oriented craft projects that furthered the advertisers’ messages.

During the 1970s, new technologies allowed for a wider array of family entertainments to enter the home. Magazine advertisers were forced to consider their industry competition in print, over the radio, and through the expanded television marketplace. As the printed media marketplace evolved into topic-specific reading options, the general family forms of advertising were found to be too broad to hold the consumers attention.

As more-and-more specialty magazines competed for the consumer dollar, the entire print industry started to collapse by the year 2000. Consumers were offered more choices in monthly magazine options than the reading public were interested in buying. The long-time ad experts were no longer guaranteed a large family audience through their simple ad submissions into one or two publications.

Today, the collapse of the glossy print industry is snowballing due to our current computerized entertainment options. As readerships decline with magazines, advertising opportunities are on the decline. The cost per print ad is up with many magazine suppliers while the reading population is down. There are some exceptions to this negative print-ad trend. Many of the industry-specific and themed magazine options are still going strong.

In magazines, advertising messages are still reaching their targeted audience wherever there is a captive consumer audience who are cut off from their computerized forms of entertainment. Glossy ads can still do well in trade publications, in free literature that is used around public transportation locations, and in magazines that are directed to specific age groups or consumer activities that harmonize nicely with the advertising theme.

Jun 25, 2021Leave a Comment on Magazines: Advertising Options Are Evolvingmagazine