A recent Choice magazine study has confirmed the obvious – teenagers love alcopops because they taste sweet.

The magazine got 78 teenagers aged between 18 and 19 and gave each of them four different alcopops, four soft drinks and a sample of beer and wine, all in unmarked glasses.

Sixty per cent of the teens said they liked the taste of the alcopops, which dwarfed those who liked wine (25 per cent) or beer (38 per cent). 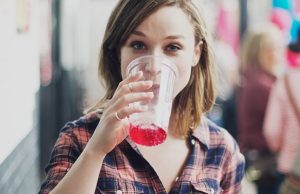 In some cases half of the teens couldn’t detect any alcohol in the alcopops, which critics argue is the whole point.

“It’s clear from Choice’s test that the use of sweet flavours reduces the resistance many teenagers have to the strong and, to many of them, unpleasant taste of alcohol,” Choice spokesman Christopher Zinn said.

Kids like drinking sweet stuff – it’s hardly earth-shattering news, is it? Nor is the study’s claim that the alcopop makers target young drinkers.

We know all this. What we don’t seem to know is how to fix the problem. The oft-cited solution of banning alcopops isn’t the answer. There are plenty of adults who like drinking them and I don’t see why they should be deprived of something they like under the guise of “protecting the kiddies”.

And what about other sweet alcoholic drinks like Passion Pop, cider and beers flavoured with things like ginger or lime – do they get banned too?

But as well as any government legislation, the parents also have to shoulder some of the responsibility. After all, it’s their kids who are drinking them.

Jun 25, 2021Leave a Comment on Teens Keen For Alcopopsmagazine