ACP MAGAZINES looks increasingly as if it is sharing a commercial hip with the Nine Network and, strangely for Nine, the network seems comfortable with the idea.

Last year ACP persuaded the programmers at Nine to have Ralph magazine spread into TV for 2007.

In September ACP did it again, hatching a plan to give its Burke’s Backyard magazine a kick by bringing Don Burke back from the TV wasteland. After being shafted by Nine, Burke bounced back with a vengeance with his one-off Burke’s Backyard Spring Special on the network, pulling 1.5 million viewers and burning off the former Nine star Jamie Durie, now at Seven doing Australia’s Best Backyards. The idea for Burke’s TV revival came from the ACP factory in Park Street and includes an advertising deal for TV and print involving Colonial First State spruiking its sustainability and environmental credentials. 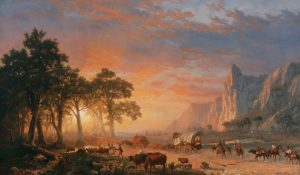 As you read this ACP is onto another TV project for one of its titles, preparing a nine-part documentary-style series for Australian Geographic.

If ACP’s men’s and specialist titles publisher, Phil Scott, is telling it correctly, these content-stretching initiatives with Nine are started by a simple chat with programmers.

Australian Geographic, started by Dick Smith in 1986, has had several owners, including Fairfax in the late 1990s and most recently a private equity firm. The publishing operation was sold to ACP and the retail stores were recently bought by the Myer family, which has significant expansion plans. The efforts by ACP and Nine to push the masthead onto TV will no doubt be welcomed, although even by ACP’s admission there is some work to do.

Even with all the TV exposure, Scott does not expect significant growth in the subscription-only magazine, which has about 150,000 subscribers.

Scott will not elaborate on what else is to come between ACP and Nine but Nine’s network sales director, Peter Wiltshire, admits there is plenty in the pipeline.

Like his TV programming colleagues at Nine, Wiltshire says he is all for the new wave of collaboration with ACP titles. And why wouldn’t he? It was only a few years ago – before his last stint as Nine’s boss – that David Gyngell was talking up exactly that for PBL’s media properties.